Rancho Cucamonga. It sounds better if you emphasize the syllables Ran-CHO CUCA-monga, almost like you were yelling into a bullhorn. Thanks to Hollywood and classic movies like Next Friday and Bring It On most people have heard of this sprawling suburbia city. According to our reliable friends at Wikipedia, Money magazine ranked Rancho Cucamonga as the 42nd best place to live in the U.S. Hmm, not bad for a place with a 6-syllable name.

I honestly have nothing against Rancho Cucamonga. It’s where I grew up. Our front yard was for bike riding, roller-skating, slip-n-sliding and pulling the neighborhood kids around in our red wagon (I must have somehow convinced my younger siblings and friends that this was fun). I grew up with my brother’s little league games, Santa Ana winds, and getting McDonald’s (gasp. unbelievable, I know) with Dad. I grew up with family brunch on Sunday, coffee dates with mom on Tuesdays and watching TGIF every Friday night. 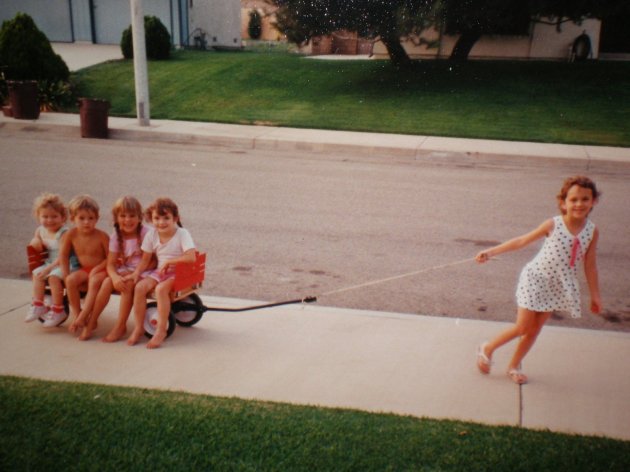 It’s where I started….

And it’s where I come back to.

Obviously, the majority of people go ” home” for the holidays, and to be honest there isn’t anyone else I would want to celebrate Christmas with. I love my family. They remind me of who I am and where I come from. I left Santa Barbara on Sunday, driving down the familiar stretch of the 101-the part that bends and curves and feels like you’re literally overlooking the Pacific on your right and hugging the hills on your left, and I realized that for 26 years I have celebrated Christmas in the same place, at the same home, going to the same Christmas Eve Service, at the same church…and even sleeping in the same bedroom!

There is nothing wrong with sameness or doing things they way they’ve always been- nothing wrong at all- so long as there is room for some difference, some room for things to grow and change. Sometimes when I come home to be with my family I think I regress about 8 years. I feel like an eighteen-year-old again; an insecure, whining, demanding teenager who isn’t sure how to take on the world or even if I want to. I feel stuck in this in-betweenness of being a responsible, independent, 26-year-old adult in Santa Barbara and yet coming home and feeling like a kid who never totally grew up.

Maybe this is how life is supposed to feel. Like the subtle tension on a rubber band when there is a pull from two ends, I often feel pulled in two directions. The tension of wanting to be “grown-up”- on my own, celebrating with my own family and having my own traditions and yet simultaneously there is a gentle pull from the other side. A pull that reminds me that I need my family; I need encouragement to remember where I came from and support to become who I am meant to be.