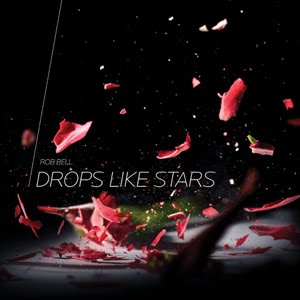 On Thursday night I and about half of southern California went to LA to hear Rob Bell speak. I was like a little kid waiting in line to meet Santa Clause. Now I know Rob Bell is not in fact Santa Claus, but that same childish excitement and giddy feeling was present as we waited to enter the Wiltern Theater. I’ve read RB’s books and listened to his podcast for years because they offered a different voice, a new perspective and sometimes a radical understanding of the gospel. In some of my darkest and most painful seasons his writing and words offered Hope, when everything else seemed silent.

And in case you were wondering, he is just as good live. Articulate. Creative and Down Right Funny. He somehow connects Will Farrell and Jesus in the same sentence- pure brilliance. He’s the kinda guy you’d want to have over to your house to hang out with your friends. And yet he seamlessly connects faith and pop culture and art and politics and the bible into a canvas that leaves room for mystery and honesty.

The best part about Thursday was that Rob Bell acknowledged right off the bat that bad stuff happens- pain, heartache, loss, suffering, and grief- and yet, we don’t know why. Our lives do not unravel the way we expected. Some things never, ever make sense! But instead of trying to give simplistic answers that many Christians to do, he invited us to see pain, heartache and loss as a complete disruption to our lives-which it is. But “The Art of Disruption” as he says, also plants seeds of creativity. When we suffer we are challenged to re(create), (re)imagine and re(define) parts of our life that will never, ever be the same.

I think about some of the times I have cried out in anger or heartache and how I often feel like the sadness and loneliness are the roots of my pain, but RB said often the root of our pain is actually mourning the loss of the expectation.

RB said something that stuck with me– Pain has a way of making us honest.

He didn’t justify the pain, gloss over it or simplify it. No, he just said, it has a way of making us honest. And I think he is right. Pain forces us to look deep inside and cry out with questions. Pain forces us to admit I can’t do this alone. And the God that I believe in meets us right there in our pain. He meets us in the empty places. Some of the most beautiful, honest and genuine people that I know have experienced deep pain and loss, but somehow they’ve taken the art of disruption and let it shape and change who they are.

RB obviously describes it better, but this is the best I could do at quick synopsis. If you’re inclined to fly to the UK or Australia you still have a chance to see him! Click here for tour dates. For the rest of you, you can settle for buying the book.

Next post, bar soap and “The Art of Elimination.”