Well, this post is a week late but…heeey, that’s how life is going right about now? If you’re not familiar Semana Santa (Holy Week) is the week leading up to Easter and it is thee craziest, busiest, most touristy time of year in Antigua. Actually, it’s really 40 days of crazy all through lent, but that week being the craziest.

For my Santa Barbara friends, imagine 40+ days of FIESTA. Yeah. You get the picture.

I’ve decided Semana Santa is like having an entire country on Spring Break…the SAME WEEK. Yep, all the schools, all the universities, everyone, has that week off! Banks and stores usually close from Thursday-Sunday and the entire country goes on vacation. It’s actually a pretty fun vibe, unless you’re stuck sitting in traffic for hours!

Gerber and I have tried to travel around Guatemala before during this week, and it always goes pretty well until about Wed night when we’re sitting on the highway not moving, trying to make it to the coast with the all of the other 13 million Guatemalans. Ok, I’m exaggerating. Maybe. Coming from SoCal I’d like to think I can handle traffic…but traffic during Semana Santa is like no other.

All this to say, this year we had the week off, but we decided to just stay-caion it right around town. And it was delightful. I did a grocery store run on Monday and stalked up for the week and then we used the motorcycle to get around the rest of the week. We did a day trip to the beach with G’s family, went to Antigua to see some the lovely alfombras, and spent lots of time hanging out in our front yard. Gerber and I did a few movie nights and were usually in bed before 10pm. Because let’s be honest vacation is a relative term when you have a cute, squirmy, hungry 5:30am alarm clock.

You know what made it feel the most “vacation-y“? (is that a word?) I pulled put my “old” (from 2006) DSLR camera. I don’t know why I have not taken it out in the past year?! I guess the handy little iphone is always right there in my pocket. Oh, how Steve Jobs has changed the world. Anyhow, somehow choosing to be intentional about bringing the “good” camera made me feel a bit more like a tourist in my own town. And I must say the quality of the photos really is so much better. I might even lug it around on our upcoming trip to Ohio.

So with that said, I’ll let the photos speak for themselves. Here was our Semana Santa 2014: 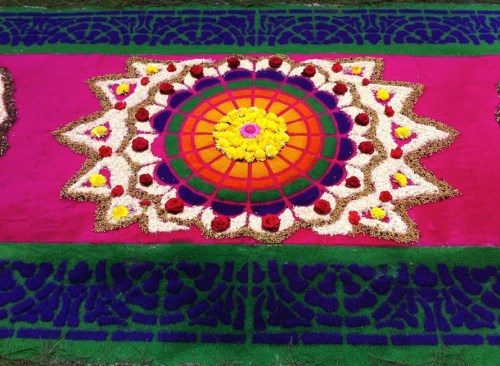 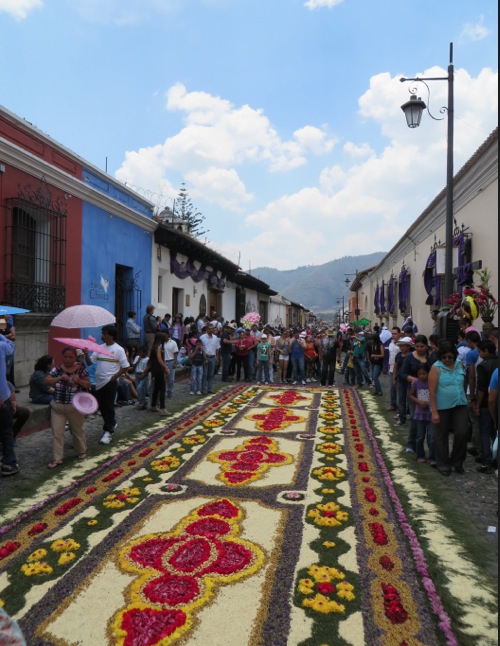 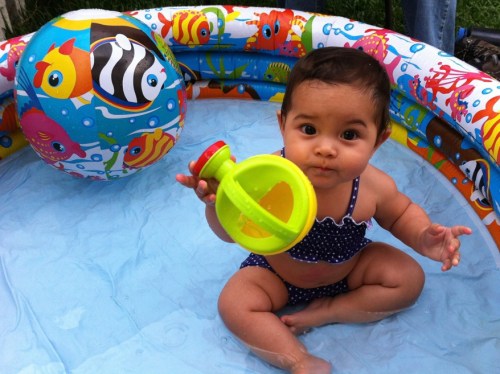 So, basically Semana Santa consisted of lots of pictures of Elena 🙂