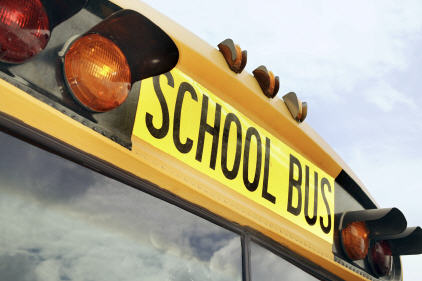 Today another teacher and I took our students on a field trip to the Museum of Tolerance in Los Angeles. Quite an adventure for 47 students and 2 teachers- if I do say so myself. We crammed on to one of the good ol’ fashioned yellow school buses, which regardless of what they say does not in fact fit “3-to a seat” when you’re talking about high school students.

Sometimes I get nervous and a bit worried when I bring my students somewhere outside the walls of my classroom. Not because they’re bad kids, no in fact I think they’re wonderful- they are real and perceptive and lively, but sometimes they can be a little out of line. Their language is colored with four letter words and every now and then they act without thinking and end up in trouble. I guess maybe pridefully, I don’t want them and their behavior to reflect poorly on my teaching or me.

But more times than not, they amaze me. When I took them to an elementary school earlier this year to mentor and read to 4th graders they were incredible- mature, helpful, young adults who even filtered their language! And when we served dinner down at the local rescue mission they were the most patient and kind hearted servants I’ve ever seen. And today they were better than I could have expected. They were attentive, and eager to learn through a 3-hour museum tour, led by a rather intense, and passionate, in-your face kind of older gentleman (not your typical museum curator, that’s for sure).

At the end of the tour, we gathered in a small dimly lit room and our guide, with his hands raised demanded their attention:

“Close your eyes. I want you to think of one word that captures how you feel after walking through the museum.”

oh, no…I thought. I feared my honest, slightly sarcastic students would utter words like “umm, hungry” or “tired” or “bored.”

He pointed to a kid in the back; one of my most difficult students, a student who spends more time in the office than in class, What’s your word, son?

That was the one word (ok, well two words) that stood out to him after listening and learning about the atrocities that were committed against the Jews. He was thankful; thankful for learning, thankful that someone cared enough to teach him and talk to him, probably in an interactive way that he had never experienced at a museum.

At that moment I realized how thankful I was, too. Not for the museum per se or my students, but for my own Jewish heritage. I am thankful for an American man named Varian Fry, who helped my great-grandfather escape from Germany in 1938 and for my grandmother who courageously fled on a boat when she was just 18, and for her generosity that has turned hatred and injustice for good. My grandmother has given more to me than I deserve- but that’s a whole other blog post for another time.