Yesterday as I scrolled through facebook and twitter I was struck by the images of valiant firefighters and #9/11 and #neveforget hashtags.

Twelve years ago, on a Tuesday morning, September 11th, our nation suffered immense loss. 2,996 people died in one day. However, why don’t we remember the more than 100,000 Iraqi’s who have died since we invaded the country in 2003?

War is complicated and politics are messy and I don’t claim to be an expert in either. But I do know that loss is loss. And you can’t qualify or quantify it. September 11th was horrible day in our country’s history. As a nation we define and mark time before 9/11 and after 9/11. A lot changed after that one day. Especially for people who lost someone they loved.

Dads on flights who never got to see their kids again.

Wives’ whose last memory of their sweetheart is a voice-mail recording made while stuck in the 2nd tower.

Brave firefighters who were attempting to save others, but never made it out.

Officers in the Pentagon at the start of what they thought was a normal Tuesday, didn’t leave to see the end of it.

Kids born in the months after 9/11 have grown up never knowing their fathers. (In fact ABC has followed them and their families and you can can get an inside look at some of their stories, pain, and loss since 9/11)

A twenty-two year old with a ring purchased to propose to his fiance never had a chance to ask her.

This lists makes me sad. My heart aches imagining what if it was me? What if the flight that I was expecting my husband to arrive on never landed? What if I never saw him again?

For many this day is a reminder of what and whom you lost. And I cannot imagine the pain and sadness you still feel.

But there’s another side.

There always is. And this so-called “other side” is one that we don’t hear a lot about. In fact I have a feeling some pretty important people, pay some pretty big money so we don’t hear about the number of civilian casualties in Iraq.

We don’t hear about the Grandmother who had to watch as her son got shot in the head.

We don’t hear about the kids who went to play in street and were at the wrong place at the wrong time, because they will never play again.

We don’t hear about the family that was in their apartment eating breakfast when the bomb dropped. All of them dead.

We don’t hear about the wife whose husband went to the market to buy khubz, Iraqi flatbread, and never returned.

I am not saying that mourning and remembering for the loss of our own nation is wrong. Not at all. But I am saying that it’s incomplete if we don’t also mourn and remember some of the very people that our nation – “in the name of freedom“-  has been responsible for their death.

Sometimes I wonder if our patriotism desensitizes us to our humanity?

And the same question could be asked of any nation, but as a US citizen I write from my perspective. And as a Christian, I wrestle with understanding what it means to “love your enemy” more than your flag.

Donald Miller, author and speaker, posted this on twitter yesterday and it is my prayer for myself and my country:

“The world will have really changed when on this day we talk about justice and forgiveness. #9/11”

Do you agree that our patriotism desensitizes us to our humanity? If not, why?

For more info about what happened after 9/11… in the war in Iraq:

-A heart wrenching video looking at the civilians death in Iraq: What the US news doesn’t show

–What the US Govt hasn’t revealed about civilians death 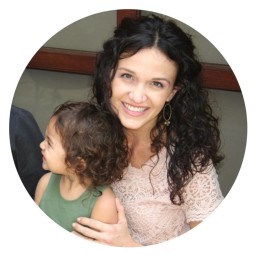